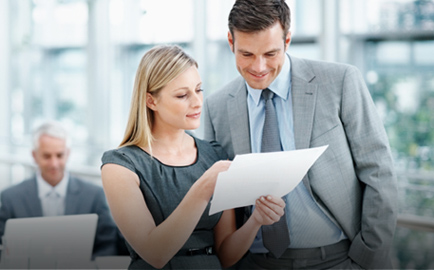 After treatment in the preliminary pretreatment system the system water is collected by the circulating pump to the reactive tank of the AWAS AEROS system.

AWAS AEROS is a device for the purification of the system water and elimination of all hard settling, mechanical impurities dispersed in water (flocs from washing, suspensions, oil derivatives). Foaming eliminates surfactants to a significant extent and prevents the formation of emulsion. It also breaks down unstable emulsions. Washing agents and emulsified suspended impurities are separated in the system. AWAS – AEROS system uses the process of expansion saturation without any chemical additives for the treatment of the system water. It eliminates the foul smell and makes the water clear.

Principle of the system’s operation:

System water is supplied by a pressure pump to the following process pumps in the AWAS AEROS system, and compressed air is supplied to the chambers at the same time using backward current. Complete saturation of system water with atmospheric air takes place in the chambers which results in obtaining saturated water with high micro- and nano-bubbles of air. The particles – air bubbles join each other and then take the impurities found in the system water with them. Highly saturated water is supplied through an expansion-floating diffuser to an underground reaction tank or to the 3rd chamber of the AWAS Biomyjnia system. Thanks to the cyclical expansion system, release of high kinetic energy of the saturated water bubbles and the maximum saturation of air in the reaction chamber, impurities are quickly raised to the water surface in a chamber and form a thick scum. The impurities that floated to the surface of the reaction chamber – sediments included in water are caught by the impurities trapping system and go to the impurity tank located next to the primary treatment system. Putrid processes are eliminated thanks to the very large contact area of air bubbles (40-60 micron size) with circulating water. The operation of AWAS AEROS is fully automatic. Using the AWAS AEROS system enables obtaining circulating water of the quality sufficient for use during all washing cycles. Series of types of AWAS AEROS include: 3, 4, 5, 6 and 8 m3/h.

The floatation process takes place without the need for flocculation agents, removal of suspended impurities (even highly disperged), low cost of operation, and high quality of circulating water. The system requires a constant supply of compressed air at the pressure of 6 to 8 bar (depending on the efficiency of the system). The circulating water after pre-treatment in the preliminary pre-treatment system, e.g. AWAS RC system is pumped to the AWAS ADF system that can be located in the technical room of the wash. Next, it enters the injector system at the appropriate pressure where it is saturated with air and then flows to a split channel supplying the waste water to the reactor’s column. The dispersion (diffusion) process of the air particles starts in the first part of the supply channel and the flocculation substances are supplied in the second part of the channel. Next, the mixture enters the separation-floatation tank (reactor) where due to the applicable dispensing of aerated waste water imageand flocculation substances in the tank the fine air bubbles start to effervesce and thus influence, together with the flocculation agents, the joining of particles of water emulsions and other impurities into larger groups. These groupings form microflocs that begin to float to the surface of the waste water treated in the ADF column. The flocs created in the reactor’s column pile up and then are taken by air bubbles to the reactor’s surface. They are then collected by a skimming device or enter the receiving funnel – depending on the type of waste water being treated. The skimmer (or the receiving funnel) located in the upper part of the separation tank collects the flotated impurities to the drainage gutter carrying the hydrated sludge to the dehydration tank. The accumulated sediment can be dehydrated in a simple filtration system or enter more a complex impurity dehydration system depending on the amount of separated impurities. The sludge draining gutter is periodically washed which prevents the build up of impurities. Depending on the facility where the AWAS ADF system is to be installed and on the type of waste water (the degree of concentration) the correct set of de-emulsifying agents – flocculants is selected. pH of the treated waste water is monitored and corrected if necessary. AWAS ADF floatation device is fully automated. The operation of the device, the amount of chemical agents and the processes are controlled by a microprocessor. The pre-treated circulating water in the ADF system can be stored in a separate tre

This website uses cookies to improve your experience while you navigate through the website. Out of these cookies, the cookies that are categorized as necessary are stored on your browser as they are essential for the working of basic functionalities of the website. We also use third-party cookies that help us analyze and understand how you use this website. These cookies will be stored in your browser only with your consent. You also have the option to opt-out of these cookies. But opting out of some of these cookies may have an effect on your browsing experience.
Necessary Always Enabled
Necessary cookies are absolutely essential for the website to function properly. This category only includes cookies that ensures basic functionalities and security features of the website. These cookies do not store any personal information.
Non-necessary
Any cookies that may not be particularly necessary for the website to function and is used specifically to collect user personal data via analytics, ads, other embedded contents are termed as non-necessary cookies. It is mandatory to procure user consent prior to running these cookies on your website.
SAVE & ACCEPT